AFTER THE SUMMER HIT „BHVL“ IN 2013 RADIO DIFFUSION NOW RELEASED THEIR EP „THE DISAPPEARED“ ON THE GERMAN LABEL ENVLOOP RECORDS. AT THE SAME TIME THEY PRESENT THEIR NEW LABEL RADIO DIFFUSION RECORDS.

TOGETHER WITH THE LABEL THEY START THEIR EVENT SERIES „FALLING UP“ AS A SHOWCASE FOR THEIR MUSICAL COMMUNITY IN A BEAUTIFUL LOCATION FROM THE PAST, THE EXCELLENT PAULS AT LINZER DOMPLATZ.

Finest House tunes from Austrian Indie hit producers Radio Diffusion – Hans Staudinger and Sebastian Bader: After their House anthem „BHVL‘ on cult label Compost they come up on envloop records with their new E.P. „The Disappeared‚.

The tune reflects the band’s recent years: Based on one of their mind-blowing tunes performed on stage the samples and elements were lost after a gig – but, reconstructed, „The Disappeared‚ re-appeared step by step on their DAW for this release.

The remix comes from Hannover, Germany based artist Pleaks: a musical electronic music jewel adding a suprising twist to the original.
Last not least „Cross the Floor‘ completes the E.P.’s pick of Radio Diffusionworks: A very unique and particular variation on classic Disco-House, this tune comes as well as an instrumental as with the voice of guest artist Giorgio Merano aka Hillberg from Austrian cult act Hillberg and D-Tex. 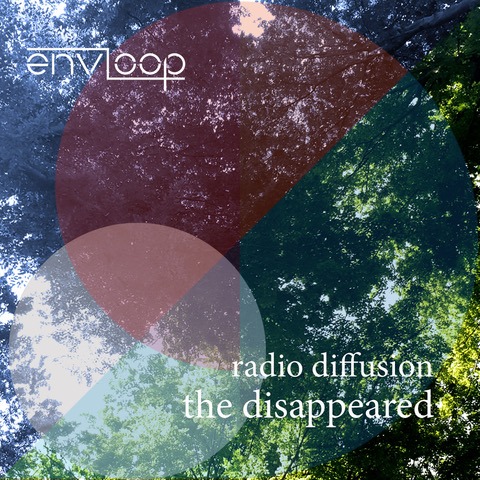 Are two hard working craftsmen from the middle of nowhere in Austria, but they’re working also in Vienna, doing radio shows at FM4. They met each other at a farm somewhere in deep Austria and teamed up jamming with vintage and handmade instruments. In fact, they are Sebastian Bader and Hans Staudinger, both live musicians, DJs and producers of various club sound projects. „BHVL“ is a smart, catchy, warm radio house hit, already on heavy rotation on FM4 and other stations. 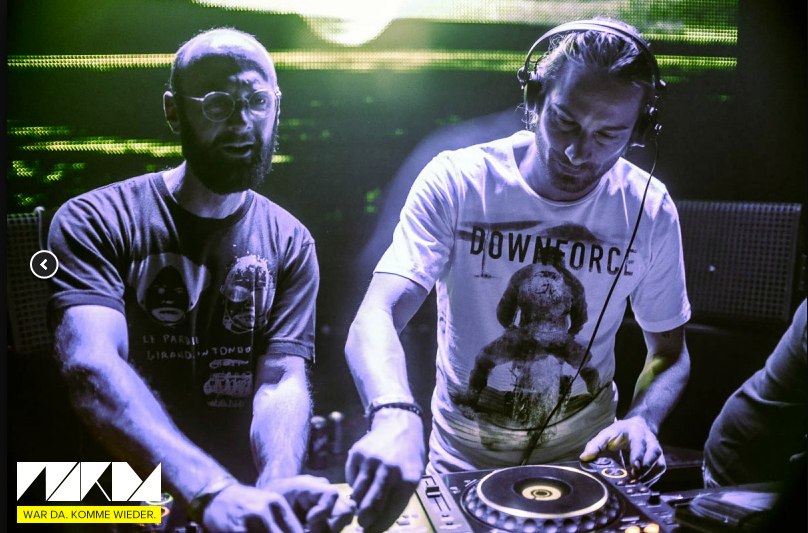 Is an electronic music project founded by Hans Staudinger and Sebastian Bader – both DJs, producers and passionate music enthusiasts. Call it fate, coincidenceor simply great timing, their paths crossed on a music event on a farm in the wilderness of Upper Austria. Soon they discovered their mutual romantic idea about electronic music and they joined forces in order tolift their power to a whole new level. Of course neither of them are unknown in the Austrian music scene–lost in the Viennese downtempo-hype of the late 90s, Hans Staudinger already gained stage-experiences with live-electronic performances and residencies in eminent clubs such as FLEX and Donau. By 2006, he was co-founder of Flex vinyls and a year later he published his first release „Now and Then“, which clearly reflected his love for Chicago house. Hooked on techno and underground house, he started collecting vintage synthesizers and developed his producing skills while continuing his work on his farm. While always feeling a great passion and appreciation for electronic music, it was during the late 90’s that Sebastian Bader started to buy his own techno and house vinyls. From that point forward it did not take long until he began playing his own gigs at secret afterparties on a farm near Linz, which quickly led to various small but vastly successful events during the following years. While still producing techno and house in his home studio until 2004, his love from Drum nBass eventually triggered a change in style. Only a year later, in 2005, he did Drum n Bass / Reggae events in some of Linz’s most famous locations like the Tunnel, Posthof or Cembran cellar, quickly gaining more popularity among fans of the scene. While music was his passion, he still finished his studies in 2009 and started working at the renowned Ars ElectronicaCenter, one of Linz’s most well known attractions.

In 2010 Hans Staudinger teamed up with Sebastian Bader and RADIO DIFFUSION was born as an authentic’n’synergetic strike duowith aclear-cut course: REALNESS & EGALITÉ! Delivering their precious tuneson a par with their beloved crowd, their live-sets are always awell-balanced blend of references to the past, snapshots of the present and their own progress. Their biggest hit was a release with Compost Records in spring 2013. The single “BHVL” caught theattention of a huge audience and has been broadcasted on several radio stations in Austria (e.g. FM4) and more than fifty countries worldwide. Heavy baselines, driving synth chords, sophisticated drumprogramming–that’s the world of RADIO DIFFUSION!

This site uses cookies. By continuing to browse the site, you are agreeing to our use of cookies.

We may request cookies to be set on your device. We use cookies to let us know when you visit our websites, how you interact with us, to enrich your user experience, and to customize your relationship with our website.

Click on the different category headings to find out more. You can also change some of your preferences. Note that blocking some types of cookies may impact your experience on our websites and the services we are able to offer.

These cookies are strictly necessary to provide you with services available through our website and to use some of its features.

Because these cookies are strictly necessary to deliver the website, refuseing them will have impact how our site functions. You always can block or delete cookies by changing your browser settings and force blocking all cookies on this website. But this will always prompt you to accept/refuse cookies when revisiting our site.

We fully respect if you want to refuse cookies but to avoid asking you again and again kindly allow us to store a cookie for that. You are free to opt out any time or opt in for other cookies to get a better experience. If you refuse cookies we will remove all set cookies in our domain.

We provide you with a list of stored cookies on your computer in our domain so you can check what we stored. Due to security reasons we are not able to show or modify cookies from other domains. You can check these in your browser security settings.

These cookies collect information that is used either in aggregate form to help us understand how our website is being used or how effective our marketing campaigns are, or to help us customize our website and application for you in order to enhance your experience.

If you do not want that we track your visit to our site you can disable tracking in your browser here:

We also use different external services like Google Webfonts, Google Maps, and external Video providers. Since these providers may collect personal data like your IP address we allow you to block them here. Please be aware that this might heavily reduce the functionality and appearance of our site. Changes will take effect once you reload the page.

The following cookies are also needed - You can choose if you want to allow them: